Robotics Competition Highlights!!
December 4, 2021:
Congratulations to all of the GTACS VEX VRC teams at Benzie. Our students drove masterfully and improved skills scores from the previous tournament in Petoskey. Each team was also able to improve their offence coordination, resulting in higher scores when facing strong defensive strategies. Team 2446B, St. Francis team (Quenten & Landen), added a new hooking mechanism to their robot which increased its ability to score much higher points, competing all the way into the finals and placing them in second place. Quenten and Landon received the Tournament Finalist Trophy. Well done to all of our teams.
The next opportunity to see the GTACS VEX VRC teams in action will be at SEAS on January 22nd. This tournament will be free to the public.
​Robotics Competition Highlights!!!
November 6, 2021:
This past weekend, Kole B, Harper M and Levi M competed at Benzie Central High School in the region's 2nd VEX IQ Tournament, Pitching In. Team 560A earned SEAS a 2nd place trophy and is currently ranked #5 in the state of Michigan.  Congratulations!
The SEAS VEX IQ teams greatly improved their previous scores from the first event on October 16th and still have a few more tournaments to compete at.
The VEX IQ State Championship is on February 26th. 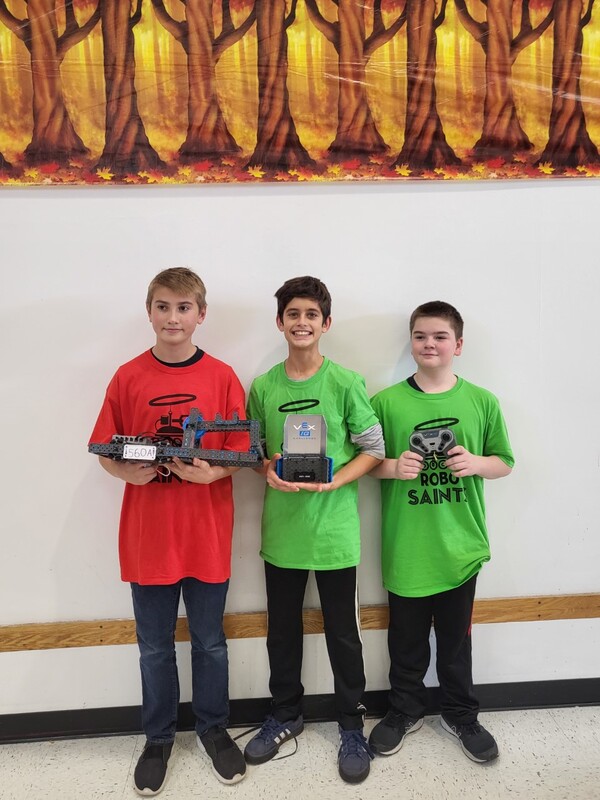 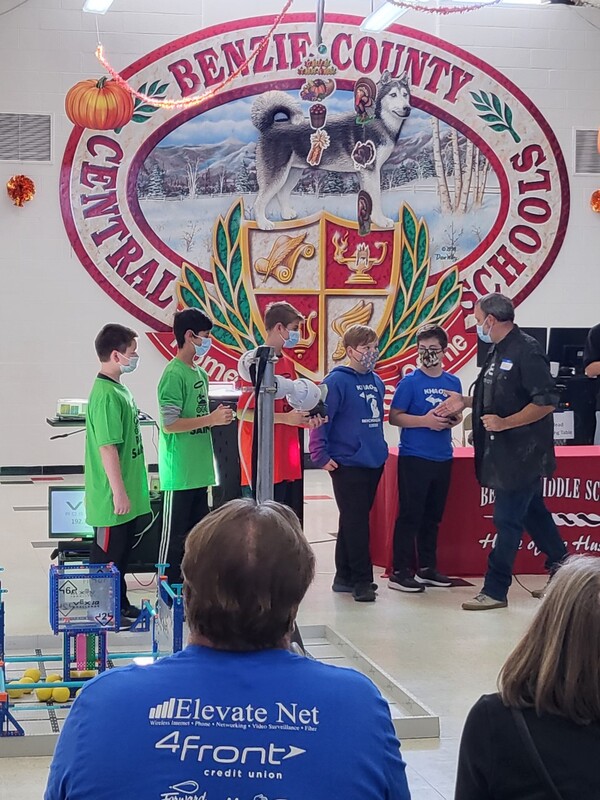 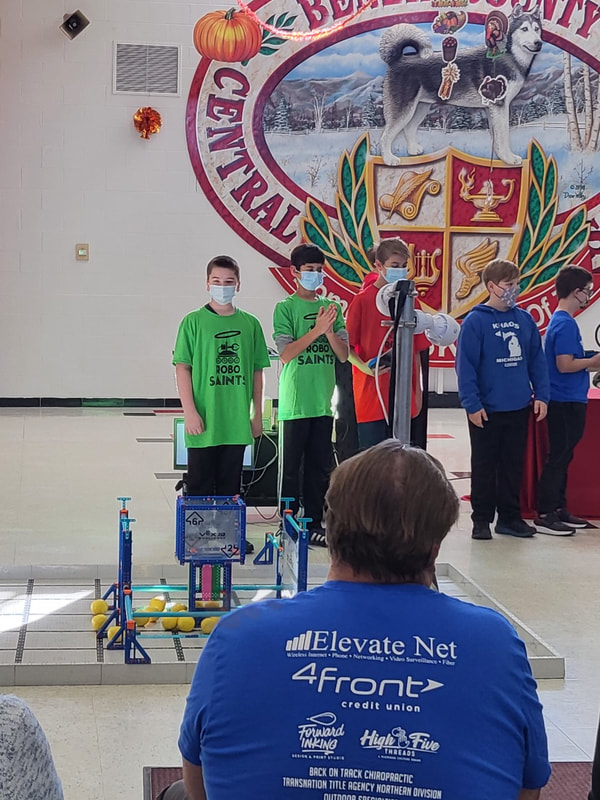